Network Licensing is a powerful and flexible technology which maximises the availability and usage of Alchemy products throughout the enterprise. Based on the industry standard for enterprise wide license management, it extends the ease and flexibility in deploying Alchemy products and reduces the total cost of ownership (TCO).

Network Licensing enables you to share all your Alchemy product licenses across your organization. It creates a 'pool' of centralized licenses that can be used across multiple client workstations and different geographical locations.

Alchemy Network License Manager™ 3.0 is a server based technology which helps manage this 'pool' of licenses. It provides secure access to and centralized management of all Alchemy product licenses across the enterprise.

This license type is the most commonly used. It binds the software to a specific workstation. This type of installation is most effective when there is little or no need to share the license, or move it from one workstation to another. This is also the default type of license for all Alchemy products.

This license type requires communication between the client software (the application installed on the user's PC) and network license management software (Alchemy NETWORK License Manager) installed on a central license server. When an Alchemy CATALYST installation runs, it acquires a license from the server, returning that license when it is shut down. Licenses can thus be "floated" over an entire corporate network, transferring from one workstation to the next as required. 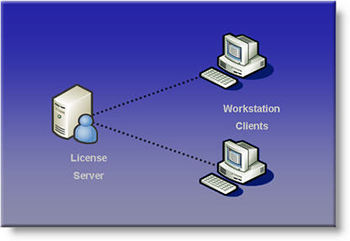 A Network License creates a pool of license that client workstations can use. This enables Alchemy product licenses to be shared across the enterprise with ease.

Using Network Licenses, every client workstation can have an installation of Alchemy CATALYST. This improves the availability of Alchemy technology while the central license server provides a secure and easy to manage administration console.

The benefits of Network Licensing are:

There are three configurations available for Network Licenses: